I have always been a mountain person rather than a sea one. I grew up in the hills of the Black Forest making trips to the Swiss alps with my parents. So I have always been surrounded by a horizon limited by mountains. It was only at the age of 16, that I saw the sea for the first time.

Me and a friend escaped from home that summer. We bought an Interrail ticket and took a night train to Genova in Italy. When I faced the Mediterrean Sea for the first time, I was so scared. I remember I felt so exposed and vulnerable without the protecting mountains around me. I was afraid something evil could come from that infinite space to catch me, a monster or God or whatever…

Becoming familiar with the sea

That trip was the reason, why I ended up living in Italy a few years later, where I spent long summer vacation weeks on beaches in the south with my friends. And of course there were several beach vacations al over Europe and the world. So over the years I have become accustomed to the vastness and emptiness of the view over the sea. The journey through my life then brought me to the U.S. East Coast, where I got to know the Atlantic Ocean. First the Jersey Shore, now Fire Island in New York. Here I fell in love with beach life, the tidy, open view and enjoy feeling the power of the elements. The waving water, the breeze, the sun, the sand.

I love taking walks in the early mornings on the beach. The feet in the water and the eyes on the ground. It’s like walking through a wonderland for me were treasures are lined up on the ground. Shells, pebbles, seaweed, the remains of some crab or creature I don’t even know. And all with the most beautiful colors and structures. I usually walk just a few steps, when the first object attracts all my attention.

Unlike flowers or plants in the forest, these finds are all dead objects. Nothing that you destroy when you take it with you. A collection without regret.

I bend down, pick it up, admire it and fall in love. I put it in my pocket. A few steps further the next and in a few minutes my pants are bulging heavy. Unlike flowers or plants in the forest, these finds are all dead objects. Nothing that you destroy when you take it with you. A collection without regret. And yet, when I look at the things sometimes months later, the shells and the stones in jars on a shelf: the colors are no longer the same as when they lay wetted by salt water in the sand. And since I have already collected a lot of shells and stones, I have begun to photograph everything as I find it in the sand. Maritime still lifes, arranged for a moment by the ocean, before the next tide, takes everything away again and replaces it by new compositions. 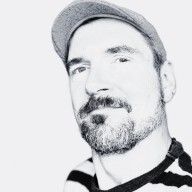 Matthias Maier Visual artist and owner of this site

“Driven by the search for beauty and harmony, the contrast between the austerity of urban structures and the playful lushness of nature, in conjunction with my philosophy of life, is source of inspiration and decisive for my work.”